Queensland-based Bigmate is applying its experience in telematics to additional areas of technology and business.

Bigmate started 17 years ago in telematics, with a focus on “cutting down the cost of ownership”, said Bigmate general manager Brett Orr.

It became a market leader in Australia, but realised that the prospects for organic growth were limited. So Bigmate looked at its core skills — sensors, communications, storage, analytics and presentation — and realised that they could be applied to IoT more generally.

The company also noticed the increased attention given to workplace accidents as a result of changes to directors’ legal responsibilities. The fact that 60% of such accidents resulted from “unwanted interactions” between people and vehicles led to the development of Warny, a product for creating a safer work environment, which uses video analytics to predict such interactions with 90% accuracy.

Bigmate selected Tibco as a partner because its software could handle legacy and current systems, as well as providing flexibility for future developments.The Tibco Jaspersoft BI product is claimed to make it easy, quick and cheap to make changes, reducing Bigmate’s costs and increasing its competitiveness.

Tibco’s software allowed Bigmate to break through a technological ceiling it had encountered, allowing it to deliver the scale and flexibility required by customers.

Thanks to Jaspersoft, Bigmate was able to achieve 200% growth while only increasing staff numbers by 60%, Bigmate chief technology officer Peter Girgis told iTWire. Developers could move easily between the company’s three product streams (telematics, Internet of Assets and Internet of Things), and much of the work can be done by less highly-paid staff. Tibco’s user groups are another asset, he said. The exchange of ideas and advice between peers meant Bigmate never had to resort to using consultants.

Bigmate runs its systems on AWS, and Tibco and AWS worked very well together, said Orr, with none of the finger-pointing that vendors sometimes engage in.

The flexibility provided by AWS made it possible to spin systems up and down as required, even for short term projects, and to accurately estimate the cost of projects. Tibco’s flexibility was also an important part of delivering what customers need, he added.

Orr pointed out that Bigmate’s customers faced similar issues, whether it was improving their bottom line, or delivering a better customer experience.

Organisations could gain insights from sensors, even when they are embedded in something as mundane as a rubbish bin. Initially, Bigmate just detected whether a bin was full or empty. But measuring the height of the rubbish meant one could arrange just-in-time bin emptying, without cost of travelling to a bin that doesn’t need emptying. That also avoided other problems associated with full bins, including overflowing, gulls and other scavengers, and user annoyance.

The company also added temperature sensors. It takes around 30 minutes for a discarded cigarette end to set the contents of a bin on fire, but during the first five minutes the temperature rises by 7C. Detecting that initial spike provides enough time to get someone to douse the bin, thus avoiding the need to call out the fire brigade.

In one case, these bin sensors revealed that the temperatures in a particular precinct were about 7C below those prevailing in the general area. Investigation revealed that the cause was a ‘wind tunnel’ effect, plus the general use of light coloured paints that reflected heat. Adding plants to act as windbreaks and introducing darker colours increased the temperatures by 5C, resulting in increased business for the cafes and restaurants in the precinct.

While air quality isn’t as big an issue in Australia as it is in some countries, some councils — including the City of Brimbank in Melbourne’s north-west — are starting to look at it. Around 30 factors can be measured, but “no one really knows how to visualise that”, Orr told iTWire.

Fortunately, Jaspersoft allows the creation of an initial analysis and visualisation, and then “we sit down with [the customer] and start tweaking and changing” to get something that is actionable. This process is “really easy” with Jaspersoft, he said.

The most important aspect of a smart city varies from place to place, Orr observed. For example, commute times and the availability of parking spaces aren’t usually issues in regional towns. But Bigmate offers a platform that lets authorities address the aspects of particular concern, without engaging (expensive) analysts.

By basing successive projects on the platform, they can all talk to each other, and the eventual result is a smart city without needing a large upfront investment in a custom architecture, and even the first project can deliver value.

That’s partly because Tibco’s software helps avoid silos, and getting all the data in one place allows much greater insight, said Orr.

Thus Bigmate’s software can ingest data from anywhere, which means customers have no need to place bets on particular sources (ServiceNow, Oracle database, etc) or communications technologies (Zigbee, NB-IoT, etc). Data from all sources can be pulled together and then analysed and visualised in one place, he explained.

Jaspersoft is augmented with a lot of custom modules developed by Bigmate, predominantly in Java. They include mapping and geolocation software, as well as integration with Bigmate’s Web services. The performance of these modules is a high priority, and a lot of effort has gone into optimising them because some applications involve millions of rows of data.

“We do a lot of analytics,” said Girgis. The company previously used a variety of analytics modules, including Tableau. But now some 99% of the work is done within Jaspersoft.

Support for Tibco’s Spotfire and other realtime data sources is planned for mid-2019, but data flows are still being analysed in order to get the architecture right, he said.

Another project is the addition of live video streams along with their metrics to dashboards. For example, a feed from a warehouse could reveal detected objects (eg, forklifts and people), and report the utilisation of forklifts and the number of moving and stationary people.

“We try to extract as many metrics as we can,” said Girgis.

The idea is to treat a camera like any other sensor. “We believe video will become an invaluable source of data over the next few years.” Falling prices make this viable, especially as one camera can potentially replace multiple sensors of other types, for example to detect how many people and vehicles there are in an area, and how fast they are moving.

In one case, a customer found that forklift drivers were complying with the speed limit, but they were almost always driving at the limit regardless of the number of people in the area. It only took about half an hour to build a dashboard that showed this behaviour, and then strategies could be developed to deal with it.

Another example involved the use of heat maps of pedestrian traffic to determine whether the “walk between the lines” areas were big enough or even in the right places.

The thing about using video data is that users can see what’s actually happening. Unlike other types of sensor data, “it’s real,” said Orr.

Integrity, resilience and security are very important. “We’re pretty bulletproof… that’s what a lot of our customers are demanding”, especially in the public sector, Girgis said. Containerisation is used in part to isolate different customers’ data and processing.

Furthermore, Bigmate doesn’t store video data, Orr explained. The live streams and detected events are displayed on the dashboard, leaving the customer to correlate events with footage stored in their own video management system.

Pictures can be taken out of context, said Girgis, so “data interpretation starts to be extremely critical”. There can be many reasons why a person and a forklift come into closer proximity than a company’s rules allow (eg, a warehouse employee might approach a stationary forklift to give instructions to the driver, or it could be the result of a fall), so “getting interpreted, accurate answers is critical”. 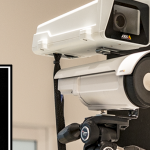 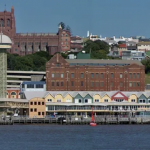 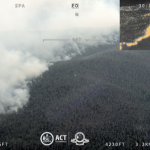 Oversee everything. Overlook nothing.

Deprecated: Function create_function() is deprecated in /opt/bitnami/apps/wordpress/htdocs/wp-content/plugins/seo-ultimate/includes/jlfunctions/arr.php on line 64
Secured By miniOrange